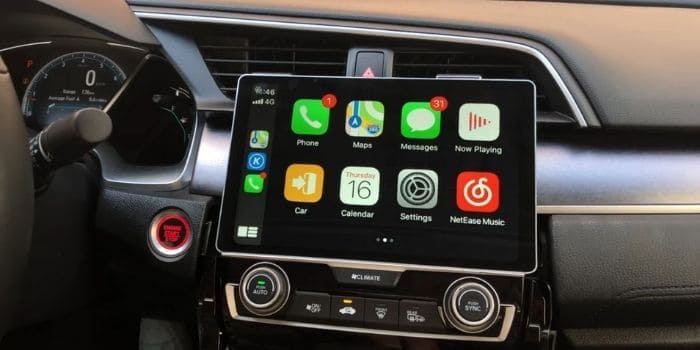 Joying vs Pumpkin Car Stereo – Which One Is Better?

As an Amazon Associate, I earn from qualifying purchases

A car stereo or head unit serves a lot of functions and can really impact your overall driving experience.

Just as a patchy GPS can ruin your drive, a stereo with an accurate backup camera or a great music system can make any trip that much more enjoyable.

But buying a head unit involves a big commitment because you want to be able to use it for a good few years without any trouble.

That is why the following article will be comparing Joying vs. Pumpkin Android navigators since they are prominent brands that you might consider getting if you are in the market for this product, and deciding between the two may not be easy.

While not the most famous brand of navigators, Joying has still made its mark in the industry with its modern and budget-friendly products.

If you are in need of a decent to excellent stereo for your car that will not only play music but also direct you in the right ways, allow you to make hands-free calls, and even stream online music and videos, then Joying head units are a good place to explore.

You will most likely find an excellent head unit for your car that is within your budget and also delivers impeccable performance.

Of course, Joying navigators/stereos will not be nearly as progressive as other, more expensive brands.

But even for a limited amount of money, you can get head units which do the job and do it very well.

As with any car stereo, though, you will first need to make sure it will fit the make and year of your car before buying one.

We know the basics about the Joying brand, so now let us look at a specific couple of their head units/car stereos which operate on Android.

Our first recommendation from Joying is the 10.1 double din head unit, which uses Android 8.1.

Think of this as a multi-functional tablet mounted on your dashboard. You can put in a SIM card (supports 4G) and access the internet on the head unit itself in order to download and stream things online, be it music or videos.

Coming to software, this head unit operates on Android 8.1, and has an Intel Airmont 1.8 GHz octa-core processor, as well as 4GB of RAM and 64GB of ROM.

Its Zlink function allows you to cast your smartphone’s streaming onto the unit, and the Bluetooth allows you to be on calls, hands-free.

You can use online navigation features or download maps, but there aren’t any maps pre-installed into the stereo.

The head unit does support a wired Android Auto using the app and a USB cable.

It also has a brand new 16 band EQ (front and rear settings), a digital signal processor (DSP), and SPDIF output.

You can also connect a SPDIF input external amplifier to the head unit in order to maximize the audio quality.

This head unit also has a dash camera and a backup RCA camera, though it does lack an SD card slot and video output.

Another downside is that it cannot cast to the headrest monitors in the car. Although, its fast boot feature and steering wheel control may make up for that.

With this Joying head unit, you can use a SIM card to access the internet and download your necessary apps.

It lets you browse and stream online audio and video content. Though the 4G module only supports online activities and does not let you make or receive phone calls.

Its operating system is Android 8.1, and it uses an Intel Airmont Octa-core processor. The 4GB RAM and 64GB ROM ensure that you can store and run apps such as Spotify, Google Music, and Pandora efficiently on this head unit.

At the same time, 1024×600 pixel resolution improves user experience.
This stereo also has the Zlink feature and Android Auto, so you can easily operate your smartphone through it.

Using the Bluetooth feature, you can not only engage in hands-free calls from your phone, but you can also play music and run apps.

The unit’s built-in digital signal processor (or DSP) allows for a smooth audio experience, and it also has a 16-band EQ that is new to Joying.

In fact, this stereo has a ton of options for you to customize your audio, including adjustments to the subwoofer and frequency levels.

All that said, this head unit is only suitable for some Toyota vehicles which have the Canbus feature built-in.

Another budget-friendly brand for head units (that supports Android) is Pumpkin.

Despite always being priced reasonably, the head units this brand produces still manage to meet the expectations of modern users.

Their screens feature high-resolution display (sometimes even supporting video games in HD and 3D); they employ the use of up-to-date Android operating systems, and support WiFi and/or SIM card used for giving this units internet access.

Pumpkin’s stereos let you conduct hands-free calls, and most of the units feature both dashboard and rearview cameras (or at least the former).

Not only that, the Android OS updates (up to a certain time limit) so that the unit can operate with the most recent features available.

Being less expensive than most other head units, Pumpkin does have its downsides.

But it seems that those downsides are quite minor, given that its units still compete strongly (and often win out) against those from more high-end brands.

Below are a couple of our recommendations from Pumpkin’s wide range of affordable Android head units/car stereos.

The only single din head unit on this list is from Pumpkin, and it uses Android 10. However, smaller does not always mean less efficient.

This unit has 2GB of RAM, and its IPS touchscreen (with 1024×600 pixels resolution) can be rotated up to 360°. Its maximum power output comes out to 4 x 45 Watts, and it comes with an amplifier.

The GPS on this supports both online and offline maps. You can also conduct calls hands-free while driving using this head unit.

It operates using a WiFi antenna and provides high-quality reception of FM/RDS/AM on its radio.

Most importantly, this head unit has rear and dash cameras, which not only makes your journey safer but also saves your neck some pain during reversing.

If you get an Android AutoPlay USB dongle, then the unit can also support Android Auto plus screen mirroring.

You can also play HD and 3D video games on this single din stereo using the dongle.

This is said to be a universal head unit measuring 10.1”, but of course, you will need to measure out your dashboard’s stereo compartment to make sure it will fit.

The unit also comes with an external mic, one ISO cable, the frame for the unit, the WiFi antenna, one RCA output cable, a GPS antenna, USB+ AUX and cam-in cables, and the user’s manual.

This is one of Pumpkin’s newer double din car stereo systems that run on Android. It has 4GB of RAM and an OctaCore CPU, which allows it to run faster.

With the 32GB of ROM, it allows for a multitude of apps to be downloaded and stored, also has a maximum power of 4x50W.

If you get the Pumpkin B07N63L8L5 AutoPlay dongle, then this head unit will also support Screen Mirroring and Android Auto.

Its GPS has Google maps preloaded, and it also has an almost 5 feet long WiFi antenna, which allows for excellent signal reception.

This stereo also has rear and dashboard cameras, reducing your chances of encountering accidents.

As for its video and audio features, the head unit allows you to make hands-free calls, stream audio and has a radio IC that offers superb reception of FM, AM, and RDS.

Its high definition touchscreen supports 4K videos. You can watch videos and listen to music on this stereo through an SD or USB or online from different websites such as YouTube.

And with the AV-Out feature, you can even view videos on your headrest monitors.

This double din stereo has a frame size of 7 inches by 4 inches. It comes with ISO, audio output, USB+ mic, AUX input, and Cam-in cables.

Plus, there are also the WiFi and GPS antennae, along with one external mic, some installation accessories, and a detailed instruction manual.

The head unit is said to be universal, but you should still research to make sure it will fit into your particular vehicle.

Both of these brands provide quality navigator head units within a budget, but they also have some key similarities and differences, which we will discuss below.

This goes without saying, but Pumpkin and Joying Android navigators are two of the most affordable on the market.

Their lower pricing may throw you off, but you’ll soon realize that these brands still offer a more-than-modest set of advanced features in all of their head units.

While not as state-of-the-art as higher-end brands, Joying and Pumpkin still offer up-to-date technology with their Android head units.

Once you start using a unit from one of these brands, you will realize that you aren’t missing out on much at all.

While both Pumpkin and Joying Android head units are highly competent by today’s standards, each can have a few issues which may put off users.

For instance, their units’ dimensions may not fit the single or double din industry standards, which means that they may not be able to fit into most vehicles’ stereo compartments.

Besides that, some units from both these brands do not have essentials such as an SD card slot, which limits the storage to what the head unit already comes with.

However, a lot of the ‘quirks’ of these two brands of head units are things in which users often find a way around and still find the brands’ head units to be worth it.

Most modern car stereos have very similar features, such as the Joying vs. Pumpkin Android navigators, making it slightly tricky to spot their differences.

However, in-depth articles such as the one above can largely help you choose one brand of car stereos over the other, according to your preferences.

Tips for Driving on Tough Terrains
What Are the Benefits of Driving?
Can You Put 33 Inch Tires on 17 Inch Rims?
What Is an Automotive Oscilloscope Used for?
Are Jeeps Expensive to Maintain? – Expert Answer